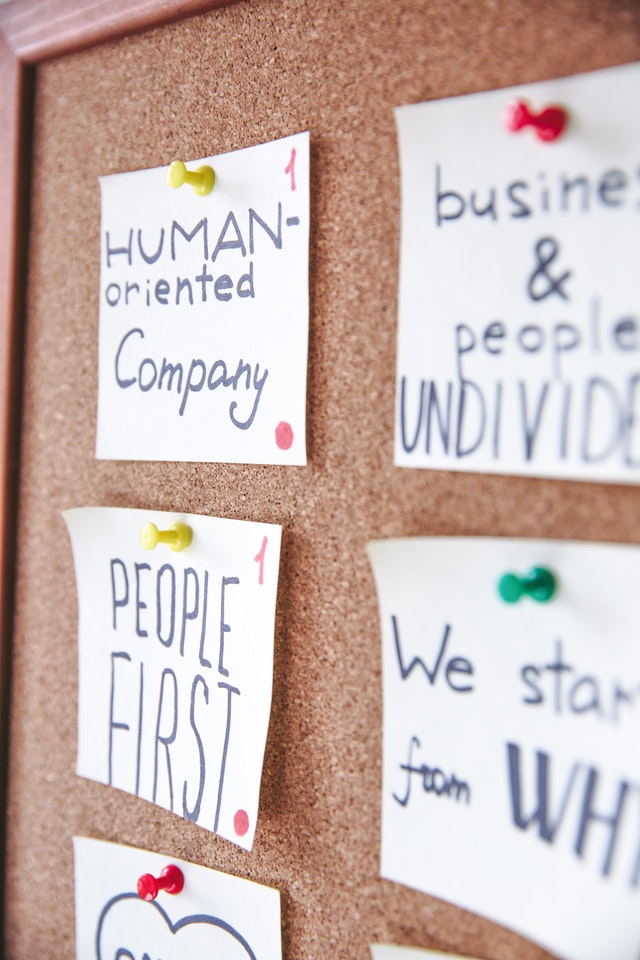 Recently, I heard about a woman who went into a pharmacy and asked to buy arsenic. The pharmacist told her that arsenic is very poisonous and he can’t sell it without knowing there was a good purpose for her to buy it. The lady said she wanted to kill her husband. The pharmacist declined her purchase, and right as he was about to call the police tip line, the woman takes out her phone and shows the pharmacist a video of her husband making love to his wife. The pharmacist hung up the phone and said, “Do you want one pound or two?”

This tongue-in-cheek anecdote is to get your attention as we’re all thinking about purpose, intent, and goal-setting this time of year. In this blog post, I want to talk to you about a commonly overlooked measurement when it comes to goal-setting and tracking—and I’m going to give you a journal prompt to make use of it.

If your inbox is like mine, it’s filled with emails from people like Tony Robbins talking about their methods of setting goals and intentions for the new year. When I was a new agent, I was taught that the best way to set a goal is to make it specific, measurable, attainable, and relevant—or important to me—and to establish a deadline by which it was to be completed. I mean, eventually, everyone can become a multi-million dollar producer. It’s just that some people get awards by doing it within a short amount of time.

Now, you probably recognize what I just described as the “SMART Goals” methodology, which dates all the way back to 1981. My mentor added a visual component and asked me to find an 8.5- by 11-inch picture of my goal, laminate it, and put it on my keychain. If you’re old enough, you might recognize that exercise as a hallmark of Floyd Wickman’s Sweathog program. Students of that program either loved it or hated it, but either way, it was super annoying to carry something as large as an 8.5 x 11 size with your keys. Agents are always going somewhere, so we’re always with our keys and that visual was never out of our sight or hands for very long. And that was the point of the exercise. To remind ourselves what we were working towards. I was 20 then, and this exercise worked for me because I was so eager to get my career off the ground. My visual was a new car. That’s apparently as big as I could think when I was 20!

SMART style goals with a visual that excites you is a fantastic way for self-employed salespeople to achieve great things. These days, I still use the same methodology in my work, but instead of the visual being on my keychain, it’s set as my smartphone lock screen. But eventually, as we grow in business we learn that too much focus on what we haven’t yet manifested can leave us stressed out and feeling like we’ll never get it all done—or worse, that we’ll never be enough. Today, those sentiments are exaggerated by social media. As we compare ourselves to other people’s perfectly filtered highlight reels, a feeling of imposter syndrome can set in.

Do you ever suffer from imposter syndrome or are you a fearless badass? Although the concept was defined in 1978, I don’t remember being affected by it when I was younger. But with modern-day comparison culture being one of the biggest downsides to social media, few people now are truly immune to it. Which is why it’s important to remember that we set goals, we often focus on what we have not accomplished.

If we establish goals around a SMART style framework, which automatically puts the focus on what we haven’t yet accomplished, and then surround ourselves with images of people who seem to have a perfect life and hit all their goals, it’s no wonder more people seem to feel like they’ll never be enough or get it all done. But here’s the thing, we all know that social media posts are curated stories of a person’s life. We all know that we shouldn’t take what’s presented to us and apply it to ourselves and our own lives.

Photo by Polina Zimmerman from Pexels

To balance this out, I’m going to give you a journal prompt that I was reminded of this week. I can’t think of a better year (or time of year) to do this. It’s called “measuring the gain,” and I first heard of it from business coach Dan Kennedy. Measuring the gain is the exact opposite of “measuring the gap.” Has a sales manager or coach ever taken you through a gap analysis? That’s where you take a look at what you’ve achieved, compare it to your initial goals, and then bring the gap between the two into your awareness. That way, you know whether you’re ahead of schedule or if you need to push on the gas to hit your goal by the time deadline.

To be clear, I think you should do a gap analysis at regular intervals —quarterly at least; monthly would be better. But to keep you from getting discouraged, it’s also important when you’re doing any kind of gap analysis or goal setting to consciously acknowledge how far you’ve come. Or as Dan says, what you’ve gained.

I doubt many people are thinking of doing a gap analysis given that it’s only mid-January, but because goal-setting of any kind automatically comes with the awareness of what you haven’t yet accomplished, here’s what I want you to do:

Did you save more money than you would have because restaurants were closed? Did you get better at using technology because, well, we all had no choice last year? Did you finally learn why Mariah Carey is so obsessed with her lighting? Now you know how to make yourself look good on video too, don’t you?!

Did you perhaps post a personal record even during a pandemic? Think beyond money and business. Did you improve your home because you were stuck in it so much? Did you spend more time with your kids and pets? Did you manage not to murder your spouse while on top of each other all day long?!

When you measure the gain, you bring a different energy to your goals. Rather than overemphasizing what you haven’t done, you’re acknowledging your recent growth. The biggest benefit of acknowledging recent gains is the confidence that you can do more.

Hey, before you go off to your journal, drop down to the comments below and let me know what you accomplished recently that you’d put in the gain column. I know if you’re willing to leave a comment here, the importance of measuring the gain has hit home with you.

To see me talk about measuring the gain, click here.

Jasen Edwards is a sought-after sales expert, performance coach, and motivational speaker with more than 25 years of real estate experience. In his production heyday, he was the youngest person ever listed on the Austin Business Journal’s Top 50 agents list and was featured on the cover of REALTOR® Magazine as a member of the 30 Under 30 class of 2002. Jasen’s first book, The Top Producer Life: How To Build The Real Estate Career Of Your Dreams In Any Economy, will be published in December 2020.