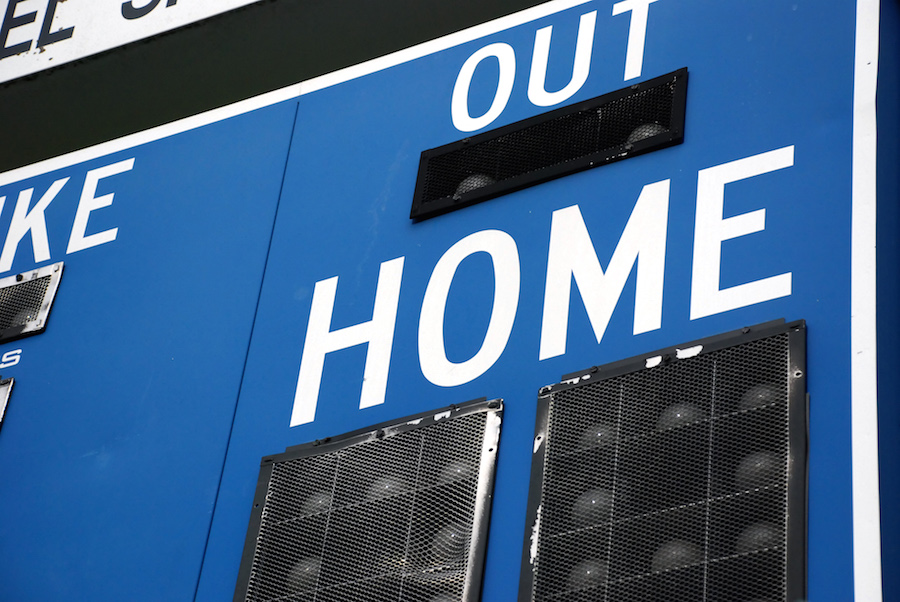 We have all failed at some point in our real estate careers. We didn’t get that listing, we lost a client, or one of our clients didn’t get the house they wanted because of failed negotiations.

In my free time I play on a slow-pitch, co-ed softball team with my friends. We play in a recreational league, and we mostly play for fun. That being said, I am competitive – super competitive – and I always want to win. Which makes what happened in my last game even more miserable.

I struck out swinging.

I struck out badly. The pitches I swung at weren’t even strikes. The last pitch was a good foot above my head and outside the plate by a country mile. Plus, we had the bases loaded with two outs, and we were down by three runs about mid way through the game.

I was mad. I was upset. I felt defeated, even embarrassed. How could I strike out swinging in slow-pitch softball?

Once I had time to stew over my personal defeat (I still had to go play in the field in the next inning after all) I realized why I did what I did. I also knew exactly how to fix it. I lost sight of my goal. I lost sight of what I needed to do in that situation. My job was to get a hit and bring the runners home to score. Instead, I tried to be a hero and swing for the fences.

The next time I was up to bat, I was the first one up in the inning. There was less pressure since my team was leading by a few runs at that point. I took a deep breath, dug my foot into the batter’s box, and then, PING! My hit sailed over the fence for a home run.

Before that second time up to bat, I remembered my fundamentals. I remembered my training, and realized that just because I struck out in an important part of the game, it didn’t mean I was a failure. It didn’t even mean that the game was over and we were hopeless to win. The strike out was just an event. It was the first step on the path to long term success.

In real estate, we should all refocus our mindset to realize that while losing out on a listing presentation or potential transaction is not a big deal. It does not mean we are failures. It is simply a learning experience. We take a deep breath and examine what we did right and what we did wrong. Then, we take these learning experiences and apply them to the next time we step up to the plate.

We don’t give up. We don’t ever give up.

Nico Hohman is a Tampa-based real estate pro with NextHome Discovery who works on renovation and rehab properties. Learn more about Nico at hohmanhomes.com or connect on Twitter: @thenicohohman.