We live in a world where everywhere you look everyone seems to be arguing about something because everyone has their point-of-view. And, of course, they are always right. Sometimes when I flip through the channels while I am at home or on the road in my hotel room, or I read a particular blog, I am left to wonder if the person that I am listening to or reading their words actually even believes what they are saying. 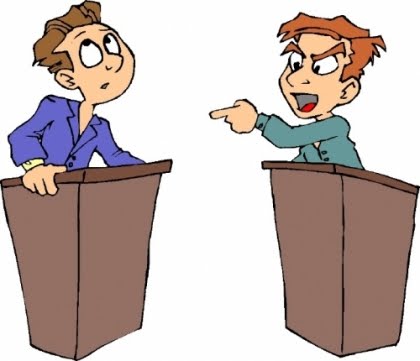 For many years this couldn’t have been more true, as I have read articles and heard people make the argument that you are better off selling your house on your own and not paying a broker… especially in today’s world of the Internet. What in the world do you need a REALTOR® for, anyway? As long as you have access to the Internet, why waste 6 percent, right?

And then I came across a recent Wall Street Journal article written about Colby Sambrotto, the former CEO and founder of many REALTORS®’ most favorite website, www.forsalebyowner.com. Stick with me here because you can’t make this stuff up. Apparently, the Godfather of the “you don’t need a Realtor” movement had tried to sell his house on his own for some time and finally got tired of wasting his time and did what he knew had to be done… HE HIRED A REALTOR®! You can check out the article for yourself here: http://www.roost.com/app/index.php/public/roostbar?bid=41320&k=285bc240dd1b129a347eb05c568cb7bf.

Not only did Mr. Sambrotto hire a broker and pay them 6 percent, but he also ended up getting multiple offers on his home and eventually accepting one for a whopping $150,000 over his asking price. Yes, you did just read that right.

The interesting part was that when the broker he hired came in to do a market analysis, he actually told Mr. Sambrotto that his house was UNDER priced which was resulting in him attracting the wrong type of buyers. So much for just needing the Internet to sell a home. This is a great example of real world expertise at work.

This is an important story because it not only proves that REALTORS® are needed in this economy more than ever before, but also that simply putting a house on the Internet does not guarantee its sale, even if it is priced below market value. Of course, there are exceptions to every rule and outliers to every probability, but the fact remains that REALTORS® are needed in today’s market for their intelligence, professionalism, contact base and overall knowledge of the market.

It is easy to argue a point based on theories and statistics, but I wonder if Colby Sambrotto would argue with me now after actually going through the process?