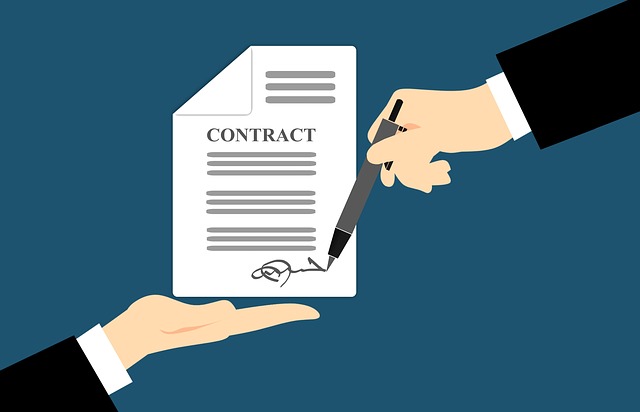 You’ve no doubt heard the term “exclusive” or “pocket listing,” referring to a listing that is not promoted on the MLS but is marketed to the listing agent’s brokerage only or to a select group of “in-the-know” agents. Although not illegal or even unethical in and of itself, the practice is rather controversial as it often puts the listing agent’s fiduciary duty to their client directly at odds with their personal financial gain.

After all, both agents and their brokerage often benefit financially from a pocket listing. For example, in markets where inventory is tight, unscrupulous brokerages can gain a competitive edge by keeping listings in-house, and an agent with a pocket listing is much more likely to sell that listing themselves, thus earning double commission as a dual agent. Some brokerages even give their agents a financial incentive to sell listings in-house, such as offering a higher commission split on in-house transactions than on co-broke transactions. One consequence of this latter arrangement is that it creates an incentive for agents to utilize pocket listings, often to the detriment of their sellers. This situation begs the question, are agents breaching their fiduciary duty by pushing pocket listings on their clients?

The short answer is it depends on the intentions of the agent. The long answer is a bit more nuanced. For starters, there are several perfectly legitimate reasons it may be in the seller’s best interest to accept a pocket listing. Some sellers, particularly those who value their privacy, may not want traditional market exposure that may attract unqualified prospects or nosy neighbors. Others may not be fully committed to selling, may want to test a certain price, or may want some pre-marketing exposure as they put the finishing touches on some repairs or updates. For these sellers, a pocket listing is beneficial because there is no online record of when the property was listed, so they avoid the stigma associated with sitting on the market for too long.

For most sellers, however, the cons of a pocket listing far outweigh any purported benefits. Mainly, a pocket listing limits the exposure of the property to a small segment of the market. As a result, pocket listings invariably lead to a lower sale price than they would garner on the open market. Staunch proponents of pocket listings argue that these properties tend to sell quickly and at (or very near) the asking price because buyers, acting with a sense of urgency, are willing to pay a premium due to the exclusive nature of the listing. This argument is tenuous at best, and still misses the broader point. Sellers and their agents enter into a fiduciary relationship. This obligates the agent, both legally and ethically, to act with the seller’s best interests in mind. If the seller’s goal is to get the most money with the best terms and conditions (which it usually is) then an agent is obligated to do everything they (legally) can to achieve that goal. And while buyers in a tight market often clamor for any edge they can get, they will never pay more than they absolutely need to. If you eliminate competition, you eliminate the need to pay competitive prices.

The use of pocket listings can have serious repercussions for agents as well. Brokerages that promote a culture of pocket listings are setting themselves and their agents up to be the target of costly lawsuits. For example, imagine a situation where a seller accepts a pocket listing and the listing brokerage immediately brings a buyer willing to pay the seller’s asking price. Sounds good for the seller, right? Now imagine that an agent from a competing brokerage gets wind of the listing and has a client who is also interested. Inventory is low and that agent submits a backup offer that is $10,000 higher than the offer the seller just accepted. In this situation, the seller is likely to blame the listing agent for pricing their home too low and will be pretty upset that the second buyer wasn’t given the opportunity to see the property before they accepted the first offer. The more money the seller lost out on the more likely they will be to file a lawsuit against the listing agent and their brokerage for breach of their fiduciary duty, alleging that they were persuaded into a listing contract that went against their own best interests. This is precisely the opposite of what a fiduciary is supposed to do. Other lawsuits alleging fair housing violations or even antitrust violations are sure to follow.

So, what’s the solution to all this? Doing away with pocket listings entirely is certainly overreaching and would hurt sellers who have legitimate reasons to keep their properties off the MLS. A better solution would be more transparency. In many markets, the MLS requires a listing agent to submit a form signed by the seller stating that they do not wish for their property to be placed in the MLS. But these forms often fail to properly explain in detail the potential pitfalls to sellers of limiting their properties exposure. Full disclosure should include a thorough list of the potential benefits and risks to the seller as well as the conflict of interest it creates for the listing agent, particularly when varying commission splits are involved. Such disclosures need to be explicit.

Another solution would be for MLSs to allow agents to post listings with incomplete information, such as without an address or with interior photos only. Agents with interested buyers could then call the listing agent directly for more information (in fact, some independent websites already exist to do just that). This would satisfy sellers who want to keep their information private while at the same time giving them much more exposure than a traditional word-of-mouth pocket listing would. It would also insulate agents and their brokerages from any accusations of breach of fiduciary duty or antitrust.

In sum, pocket listings are an ethically gray area of the real estate business and agents should exercise extreme caution when utilizing them. Ensure that your motives for doing so are in line with your client’s best interests and carefully discuss the pros and cons of such a listing. Taking these extra steps is crucial in developing and maintaining a high level of trust in the eyes of the general public, where sales is consistently rated as one of the least trustworthy professions. In fact, a recent Gallup Poll found that just 25 percent of the American public rated real estate agents as high or very high on honesty and ethical standards and nearly 20 percent rated real estate agents as low/very low on the same measure. Only by being completely transparent and by putting our own interests aside can we ever hope to increase the former number and reduce the latter.

Dale Swanton is an associate broker and manager with Coldwell Banker in Pittsburgh. He has served on the board of directors at the REALTOR® Association of Metropolitan Pittsburgh (RAMP) since 2017, is the 2018 chair of RAMP’s YPN Committee, and has taught continuing education classes for the association. Connect with Dale on Facebook, LinkedIn, Instagram, or on his website.