Recently, I attended one of the most “unique” YPN events I have ever attended. Quite simply, it was the “World’s Largest Tuesday Morning Sales Meeting.”

Drawing a crowd in this industry is no easy feat, but when a group of Midwest minds with moxie got together, they were determined to attract more than just a couple people. Thus was the birth of the “Biggest Tuesday Sales Meeting EVER,” a free education event in June that drew a whopping 430 attendees. It was created by the Metro YPN (Young Professionals Network) of the Saint Paul Area Association of REALTORS®.

Success of this event, like so many others, relies heavily upon the shoulders of the chosen speaker. SPAAR’s Metro YPN invited Travis Robertson this year, and he continued his long streak of dynamic, informative presentations. Robertson spoke about the world’s top agents and their marketing techniques, citing specific examples. He had attendees laughing, hugging, and asking a plethora of questions. 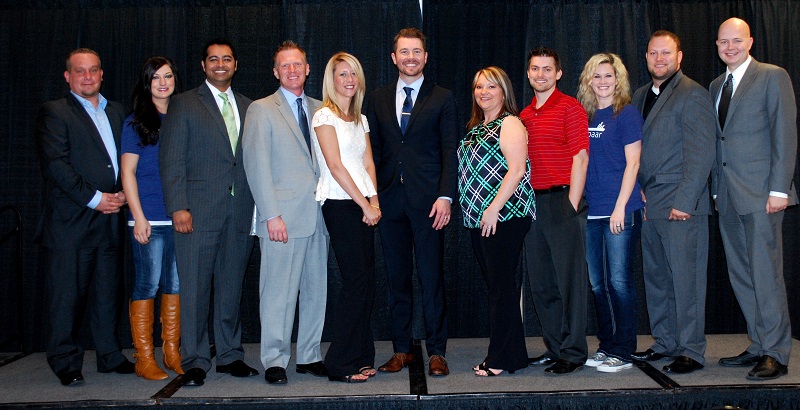 SPAAR’s Metro YPN consists of eight volunteer members and two association staffers. This year’s YPN committee chair Brian Bolier had more people attend the event from his Coldwell Banker Burnet office than any of the other 101 offices that joined in the organized chaos that day.

Of course, no free educational event is possible without sponsors, and the Biggest Tuesday Sales Meeting EVER was no exception. Metro YPN went all intimate-style, peppering the foyer outside the classroom with high-top tables and stand-up banners. After speaking with a few of the sponsor regulars, it was clear they felt attendees had easy access to their stations.

The Metro YPN committee is somewhat of a toddler in the world of Young Professionals Networks, having only two years under its belt. In that time, they have managed to pull together the biggest crowd for any one event the association has ever seen. Talk about outstanding committee volunteers. The group aspires to more collaboration, helping raise RPAC dollars and proving that young professionals in this industry can be successful in making a positive impact. Watch for more from these folks. They’re onto something.

Rob Mehta, sales manager for Coldwell Banker Burnet in Minneapolis, is the 2013 chair of the YPN Advisory Board. Connect with him on Twitter: @robmehta