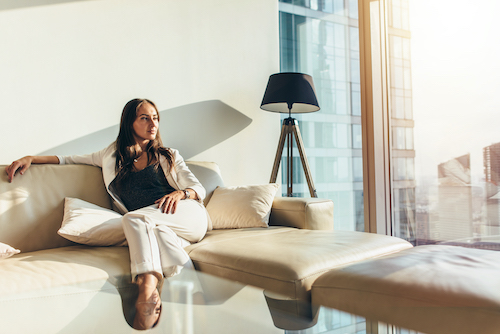 Many millennials are ready to buy a single-family home and all it entails, but some found themselves shut out of the market over the past year, according to a recent analysis of 5.9 million rental applications conducted by RentCafe, a national Internet listing service that helps renters find apartments and houses.

After not being able to purchase due to low inventories and steep competition, those high-earning millennials are behind the recent boom in what’s termed “lifestyle rent,” according to the analysis. The rise in rental applications by this cohort is more than any other buying age, and the growth drove the year’s 39% all-time high of rental applications from individuals earning more than $50,000.

Besides the high prices of homes derailing purchases, experts think that rising inflation and interest rates made it increasingly difficult for this cohort to save money for a down payment. “Lifestyle renting suits their financial condition much more,” says Dan Beaulieu, a real estate expert, contractor, and founder of Burlington House Buyers, a company that purchases, rehabs, and sells houses in Burlington, Vt., area.

Beaulieu has witnessed what’s happening up close. “We’re noticing younger people want to get into houses when they have a dog and the apartment lifestyle doesn’t suit them as much,” he says. “While many want to be in a city, others also want to be in a house in the suburbs, typically one with three bedrooms, two bathrooms that have been renovated with stainless steel appliances, light gray painted wall, and modern finishes throughout. If it’s renovated, an old farmhouse also appeals.”

Other findings from the analysis revealed that today’s millennial renter profile has changed from the year prior, with their earnings at roughly $4,300 more than a year ago, which means wealthier millennials are renting because of the current housing market.

The analysis also details where the millennials are renting. Many favor small cities with a population of less than 300,000. Macon, Ga., led the list nationally with an 83% rise in applications from millennials earning more than $50,000. Mesa, Ariz., took second spot with a 78% increase.

Real estate salespeople entered 2021 unsure of how the pandemic and Federal Reserve would influence the market. Here’s what Erin Sykes, a licensed broker and chief economist for NestSeekers International, a residential and commercial brokerage, found:

Come 2022, she anticipates that interest rates will start to rise, prices will stabilize, and inventory will begin to reach equilibrium.