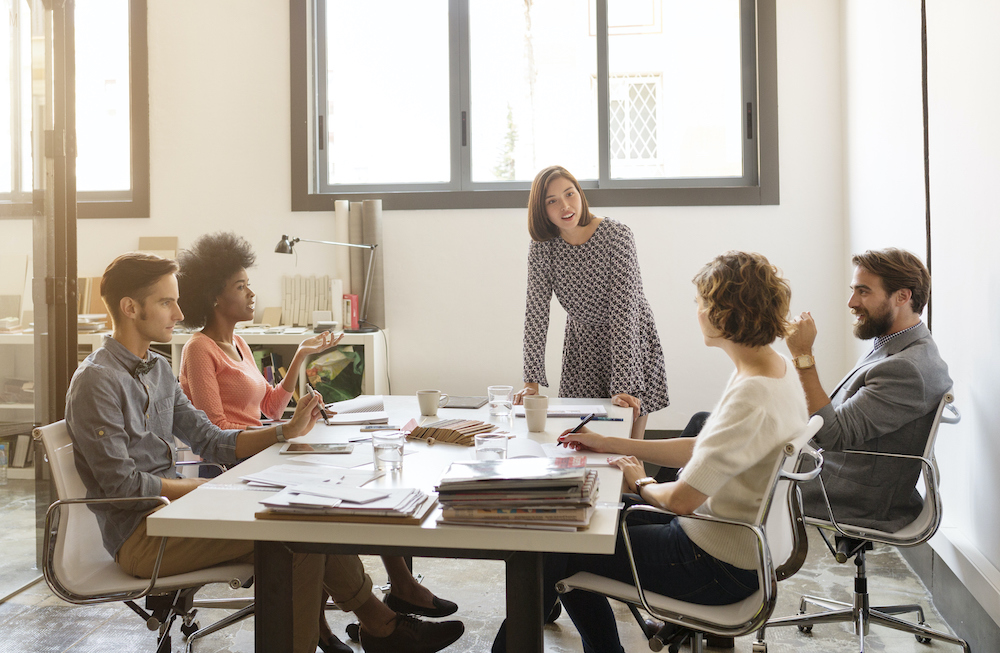 Some real estate salespeople form a team to achieve a better work-life balance. When one’s on vacation or ill, the other steps in to meet clients’ needs.

The impetus for others may be to grow their business faster, based on the adage that two heads are better than one.

Still, others set up a team because it’s a good way for a less seasoned salesperson to apprentice and learn from an experienced colleague, or have someone take on specialized tasks such as marketing or administrative work.

All share one common denominator: having someone or several people to work with helps stave off loneliness in a generally solitary profession.

Yet, only 26% of today’s salespeople are part of a team, according to a 2018 Teams Survey from The National Association of REALTORS®. NAR’s survey found that nearly 30% of teams consist of two members, but the average team has four, with 80% of team members having a license.

There’s no rule of thumb for when it makes good business sense to form or join a team—or exit if it doesn’t work out. 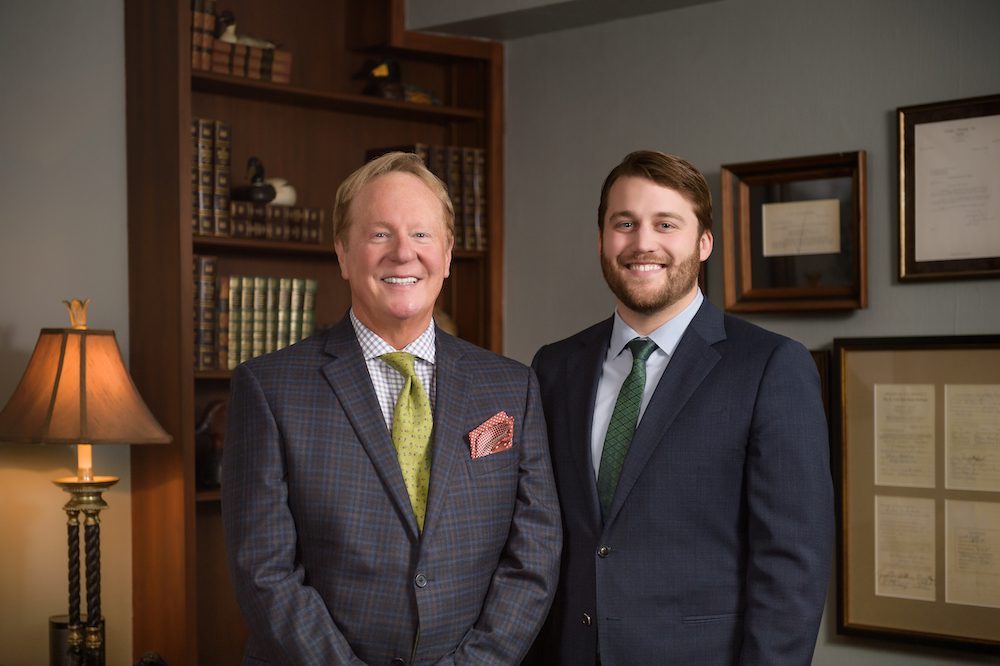 “Business was growing at a rate where I needed help, and I didn’t want to hire another assistant,” says Manzer. “I had observed Chris’ work ethic and that he was also smart and a hustler, so I approached him about a partnership.”

For Klages, the partnership offered a fast-track learning curve since he had worked in the industry for only 1 ½ years, coming from a large company where he handled internal audits and worked with clients on events, meetings, and billing.

Chicagoan Alex Wolking with Keller Williams OneChicago formed a team to expand his business after hitting a point where he couldn’t handle the number of clients he had and needed an administrative director. “I needed to be eyeball to eyeball with people, not buried in paperwork and marketing material proofs,” he says.

Tony Mattar and partner Haley Levine Wills, also based in Chicago, had different objectives for their team. Long-time friends, they opened a brokerage in 2018 to control their business without others’ input. They knew that if each worked alone it would prove difficult to get work done. “Sharing would offer collaboration and security,” Mattar says. 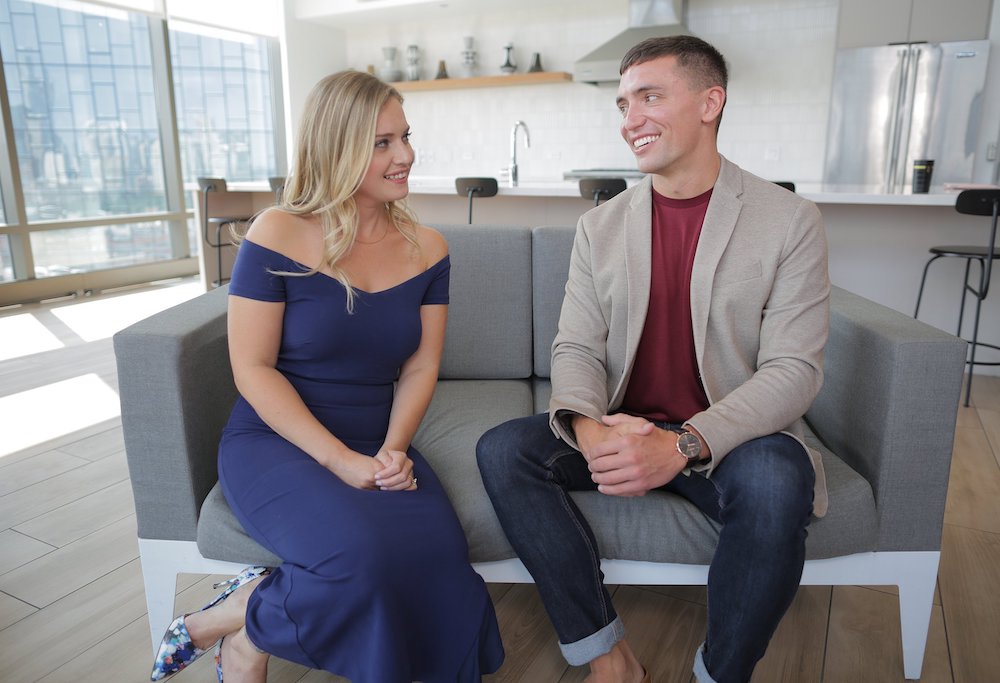 But after three years, they decided they needed a large brokerage firm behind them to better focus on listing and selling rather than day-to-day minutiae of payroll, state compliance, and other tasks. They kept their partnership and moved to a Compass Real Estate office and added two salespeople and one support staff member under the umbrella HomeCo Chicago.

Making that switch made it easier when Wills had a baby. “Having the support of our team allowed me to focus on my new baby during those first couple sleepless months,” she says.

If you’re considering starting or joining a team, here are a few tips to consider:

Know your goals. Wolking advises determining what kind of business you envision. He felt it was key to start his by first hiring administrative help to free him up to be with clients. But there is a downside of being in charge—”stresses and pressures of HR decisions, hiring, and the headache of training other people,” he says.

When experienced Illinois salesperson Meghan Bailey moved to Baltimore four years ago, she looked for a brokerage with a team that would provide cutting-edge marketing and advertising to help her learn the area fast. “I knew I needed to be around additional boots on the ground,” she says, which led her to The Balcerzak Group at AB & Co REALTORS®.

Get a written agreement. A legal contract makes everything clear and binding—no question about how you split commissions and expenses, and what happens if one wants out. But before you meet with an attorney, discuss your plan with your broker since state licensing laws regulate team advertising and other employment matters, including if you hire unlicensed assistants.

Some teams decide not to put specifics in a legal contract but rely on a verbal agreement, the case with Manzer and Klages whose broker okayed their arrangement. “We wanted his blessing on our overall partnership, but our agreement is between us,” Klages says.

Divide tasks. Some partners divvy responsibilities according to each person’s skill set and try to make workloads fairly equal. Because Wills’s background is in graphic design, she handles most marketing; Mattar, whose background is economics, covers operations, payroll, and general compliance. He also oversees coaching new members. They know “there’s a lot of overlap,” he says.

Manzer and Klages have kept job responsibilities for their team more fluid. “I’ll say, ‘I will do this,’ and we’ll tag team. But it all works out well since we each have a lot of respect for the other,” Klages says.

In joining The Balcerzak Group, a large team of 12 salespeople plus support staff, Bailey was allowed to work both with buyers and sellers because of her extensive prior experience, she says. “Those newer to the industry usually work first with buyers,” she says.

Determine the business plan. The Manzer Klages team handles listings mostly from the central corridor of St. Louis out to Wildwood—a radius of 30 miles, but doesn’t limit itself exclusively, says Manzer. His team recently listed a property in the city’s South County. “It was off our radar, but we decided it was worthwhile since it was a unique luxury property. We were up for the challenge,” says Klages. For now, Manzer and Klages have agreed not to expand. “We pride ourselves on clients getting one of us, and answering our own phones,” Manzer says. If they decide to add staff, they say it probably would be an admin assistant.

Set times to connect. Good communication remains a key to success, and for many on a team that may mean multiple conversations a day. Manzer and Klages sit 5 feet from each other in an office they share at their brokerage. “We constantly update each other on what we’re doing,” Klages says. Mattar and Wills hold a morning phone huddle for their team once a week and a weekly meeting in person. The Balcerzak Group meets every Tuesday in person or by Zoom. Part of good communication involves having a way to resolve disputes.

Revisit pros and cons. For Wolking, hiring a director of operations helped him double production after the first year. “I consider him to be a vital partner in my business, not just some assistant, and I treat him as a partner and ask for his opinion,” he says.

Bailey, who wasn’t on a team when she worked in Illinois, has found it beneficial in learning about her new city’s housing stock. “It offered me support and guidance,” she says. It also offered a career option when her husband Chris switched professions and joined the team after their move.