Regardless of your preference in music it’s hard to turn on the radio today and not hear a song featuring the musician known as Pitbull. The Miami-born 31 year old artist is also a successful businessman who endorses (and in some cases holds equity ownership) Kodak, Bud Light, Voli Vodka, Sheets energy strips, Dr. Pepper and Zumba Fitness.  It’s probably safe to assume today that Pitbull is on the top of his game. But how did he get there?

Listening to any of Pitbull’s songs, one underlying theme you will notice quickly are his many references to himself as “Mr. 305” and “Mr. Worldwide”. The interesting thing to note is that he has always referenced himself this way, even before becoming an international hit. Pitbull visualized himself becoming what he is today and now he is living it out. The lyrics of some of his early music spell out his intentions to “take it to the world.” 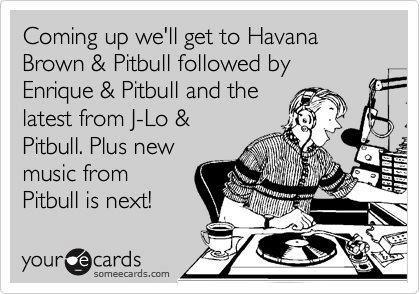 Yes, it took a lot of hard work mixed with luck, but a key ingredient for his success, in my opinion, was knowing (and believing) early on what it is he was setting out to achieve. As one of the world’s foremost leadership authorities, Stephen Covey (who sadly just passed away the other day) stated in his book, The 7 Habits of Highly Effective People, “Begin With the End in Mind.”

As half of 2012 is almost behind us, we all find ourselves reassessing our goals to date and formulating our plans for the next six months. But how do we see ourselves three, five and 10 years down the road?  Sometimes we get caught up in our monthly goals that we forget the big picture—or we don’t have a big picture in mind at all. I’m personally in the midst of launching a new independent brokerage in Tampa, Fla., and am finding myself having to adapt this mindset to the plans for the new company as well:

What kind of market share am I looking to attain long term?

How many and what type of agents do I want to bring into the company?

Where do I see the company to be in five to ten years?

What are our long-term core values?

Visualizing the end result and working backwards helps clarify the steps that need to be taken today. The same process applies to individual agents and teams—start with the end goal in mind and then set out to achieve it, day by day.

Our goals don’t have to be as lofty as Pitbull’s in planning on becoming “Mr. Worldwide”, but why not stretch ourselves? Want to dominate a neighborhood, part of the city, the whole city? Why not!?!? Visualize the end goal, plan how you are going to get there and set out to do it. You can tell Pitbull had a plan in mind from something he was quoted as saying in GQ Magazine in April of this year: “Two thousand nine was freedom, 2010 was invasion, 2011 was takeover, 2012 is grow wealth.”

Let’s each take a moment to quietly step back, reassess our long-term goals, visualize it and then jump back in and set out to achieve it. Whatever those goals may be for us individually, isn’t it time we each “take it to the world?”

Anand Patel is broker and president of Pangea Realty Group based in Tampa, Fla. You can connect with Anand on Twitter: @anand_tampa; Facebook: www.facebook.com/prgtampa; LinkedIn: www.linkedin.com/in/anandpatel1; or on the Web at www.anandsblog.com.